Liberal outcry, conservative jubilation. The beginning of the end of women's rights on the one hand, victory over life on the other. The events and debates surrounding the Supreme Court's overturning of the right to abortion in the US is making waves. In fact, it is exemplary of the narrowing of discourse and polarisation of societies. Not only in the USA. It shows: there is still no strategy to heal society. On neither side of the divide.

Outrage is not the way! 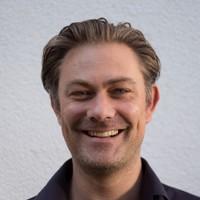 When I heard about the Supreme Court decision on Friday 24 June, the shock was deep. As the founder of LEED Initiative, which advocates for the rights and employment of women and disadvantaged groups, this was naturally a nail-biter and my first reaction was outrage.

But if you try to reflect the thinking and perspective of the proponents of this ruling, you have to realise that in some states in the USA, where abortion is still allowed up to the 22nd week - that is, at a time when the foetus is already almost fully developed - there are perhaps too liberal laws on abortion and they do not sufficiently protect the unborn life. One has to ask oneself why such an important decision can be delayed for so long.

An ethical dilemma is always difficult to resolve. The women's rights of self-determination versus the protection of the unborn child, there is always a loser in this decision. Nevertheless, it is widely agreed in Germany that the unborn child needs special protection and that there is therefore no right to abortion. As has been the case again in the United States since Friday last week. Abortion without punishment is possible up to the 14th week, only due to medical indicators at a later time. In practice, this has proved successful.

Even in arch-Catholic Ireland, a social consensus could be reached on the abortion issue. That this does not succeed in the USA is due to the lack of will on both sides to approach each other and to want to understand each other. In fact, we often have to deal with two extremes. Total ban or abortion whenever you want. But that the latter is a no-go, especially by conservative forces, should be understood and anticipated in the liberal camp when politically negotiating this issue in the coming months.

Self-determination is too often confused with absolute autonomy. The former should be a fundamental right, the latter is difficult in a social community. Responsibility should go beyond oneself and also sometimes curtails one's freedom. And that should be okay to a certain extent.

Applied to the current political dilemma in the United States, abortion advocates should not engage in trench warfare now, but reflect on the extreme positions in their own camp and be understanding of the very valid argument of protecting unborn life and communicate it as such. Feeling understood can open doors and possibly also create understanding for a less liberal form of abortion practice among moderate forces in the conservative camp.

Total confrontation, on the other hand, will achieve nothing. On the contrary. It will only fuel the ideologues and make the call for secession resound ever louder.

Teaser:''why does the eye see more clearly when asleep than the imagination when awake?''
Leonardo da Vinci

When Art Meets STEM, a Pathway to Recreate the Universe

It is widely recognized that trafficking in persons violates human rights and continues to pose a serious threat to humanity, shattering lives, families, and dreams. Although there have been works done in recent years both at the national and international level, trafficking in women still operates unabated in the MENA.

The female driving forces of the digital industry have been present in our minds for a long time now, whether they are making their mark in startups, the media industry, or large corporations. The awareness is high, but the number of female digital leaders remains low.

The rate of femicide has been snowballing in the SWANA region. The roots of this increase lay in the dominating misogynist and patriarchal cultures. How can women thrive in countries where it is believed that women must fully cover up or be met by death?

Femicide: a silent cancer in the SWANA region

Social media has utterly transformed how modern advocacy campaigns are run. As a perquisite for the work of NGOSs and thereby a powerful tool for promoting civic engagement, it implies that the messages should be meticulously planned and reviewed.

Digital activism has taken the advocacy landscape by storm; but research has shown that it comes with its own host of shortcomings and challenges, putting an inflected exclusiveness on activism.